TAG, a Japanese stationery store with headquarter in Kyoto launched their first ink collection for fountain pens kyo no oto (sound of Kyo) in 2017. The colours are expressive in light and shade deriving on the relationship between traditional culture and modern stationery.

Beyond TAG’s doorstep on Muromachi-dori, the area is filled with a rich cultural history.
It was in 794 when Heian-kyo, modern Kyoto, became capital city and residence of the Japanese imperial court leading to the strengthening of textiles arts. The development continued even during the Edo period when the emperor moved his residence to Tokyo Muromachi-dori saw a growth of kimono wholesalers and dye houses, some of which survive today.

TAG was keen to draw their inspiration from the local cultural heritage – the traditional colours of Japan based on ancient dyeing techniques. Kusaki-zome is one of the many traditional fabric-dyeing methods dating back to early Heian times (794-1185) using plant juices. Flowers, leaves, stem and roots were used to extract diverse colours, which ultimately defined the colours and that we still find in Japanese textiles, literature and traditional crafts today.

Tanaka-nao along Muromachi-dori is a Kusaki-zome dyeing laboratory and a next-door neighbour to the TAG store and so Mr Takahashi, senior research developer at Tanaka-nao was entrusted with the development of the colours for the ink series.

When I was in Kyoto in June this year TAG’s product planning manager was kind to arrange a meeting.
Mr Takahashi started our conversation by explaining to me that even to this day most traditional Japanese dyeing techniques remain a secret. As a researcher, all he can do is look at the colours that have changed and faded with time and try to imagine what they might have looked like. It is like looking at an elder woman and trying to imagine what she might have looked like when she was young, he explains. 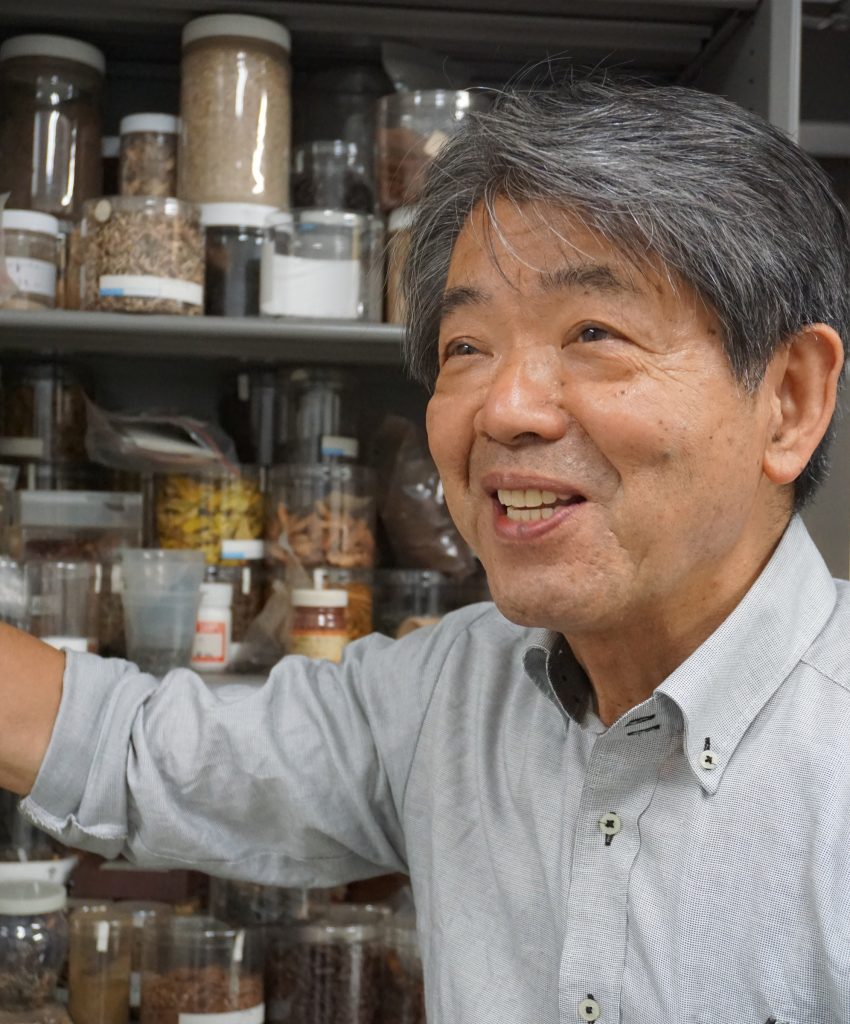 In Japan, ancient artefacts are considered a national treasure and therefore will not be analysed with advanced technology. During Heian times advanced dyeing methods that would stand out for their resistance to water and resistance to the sun were passed down only within the family business to protect from copying. No written records exist. It is like retracing the recipe of a traditional dish. In Kusaki-zome results are influenced by the variety of plants and the plant’s harvest – as well as drying time.
Still one can make several dishes using the same ingredients only by preparing the food differently.
Luckily the names of traditional colours give some clues about the list of ingredients, such as “pale plum blossom-colour” or “bark of cinnamon tree-colour”. 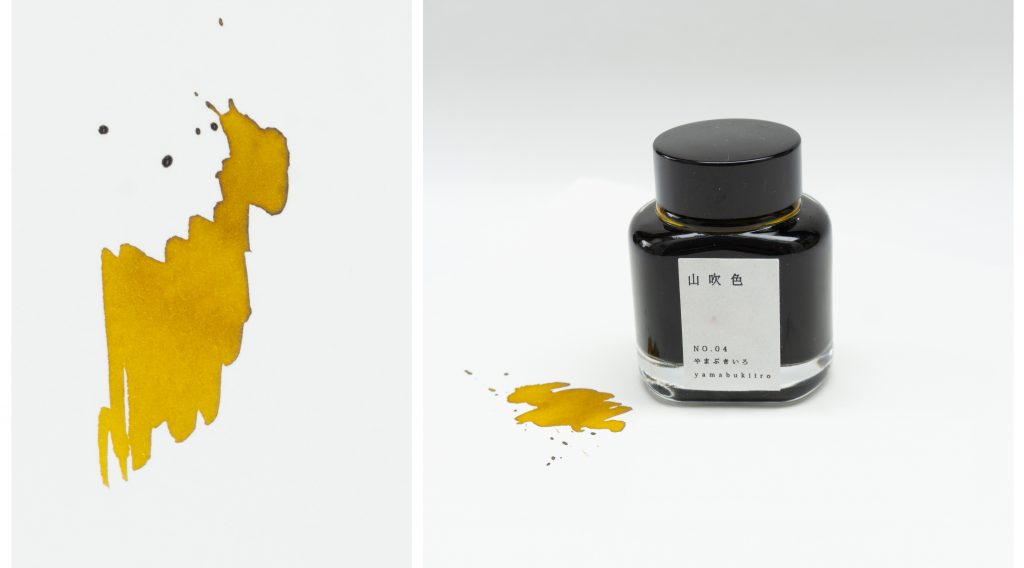 Inspired by the Kusaki-zome dyeing technique TAG created the Kyo no oto-series presenting expressive colours with exceptional shading and sheening characteristics. Because Takahashi’s professional background is in fabric dyeing his ambition was to create similar nuances for the ink colours. Fabric dyes exist on variations of hues creating mutable identities, the colours come to live in a 3D environment. For Takahashi-san this is when a colour evokes emotions or at least provoke tastes or feelings.
He argued that ink writing would become more vivid and three-dimensional when equipped with a strong shading. As a result, the ink series Kyo no oto show extraordinary shading and plenty of nuances giving way for artistic expression. 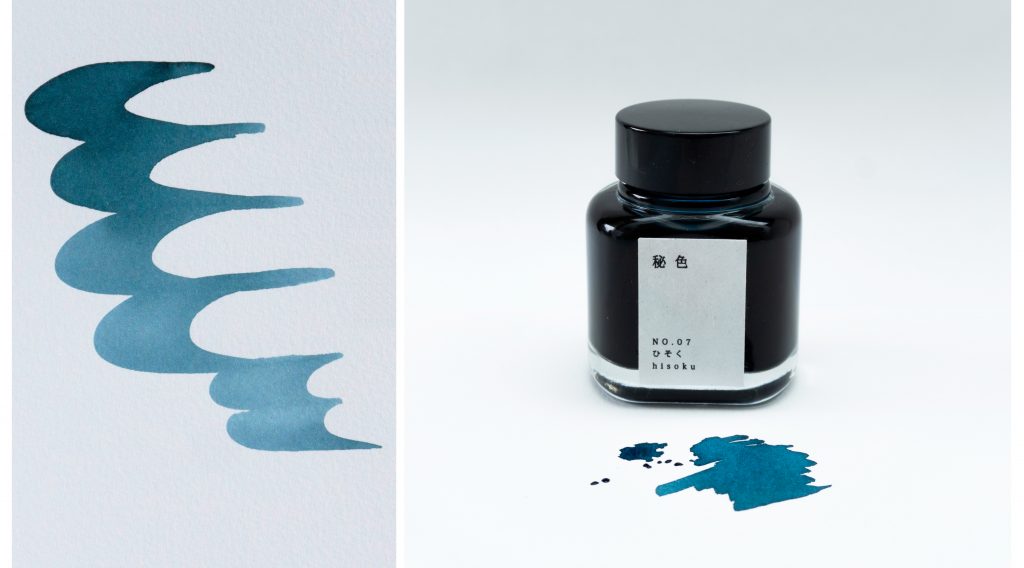 Kyo no oto’s limited-edition colour No.07 秘色 – Hisoku
translates as secret colour and with its soft hints of yellow in a muted greyish blue-green colour it is reminiscent to a colour of mystery.