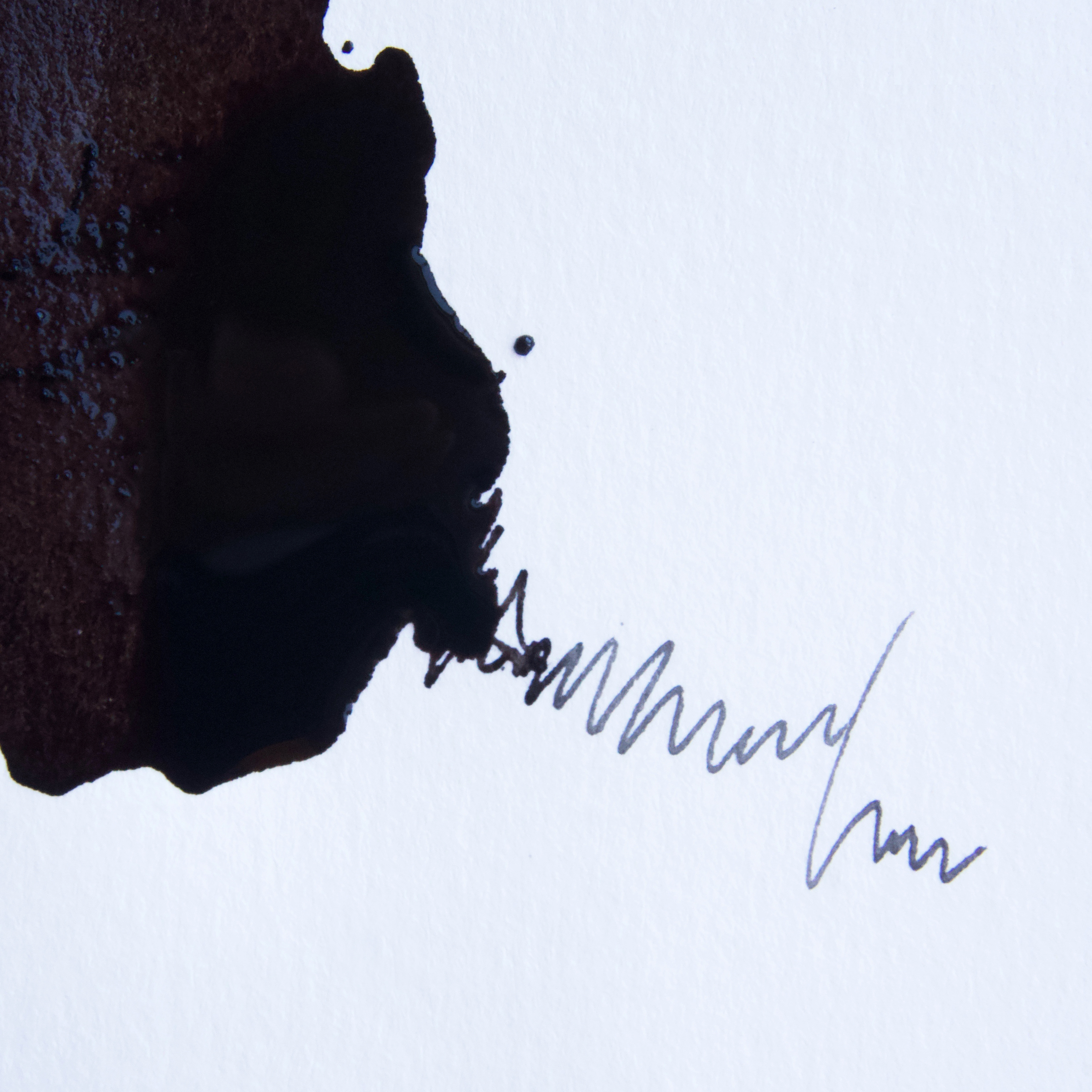 Faber-Castell, a German manufacturer of stationary since 1761, moved into manufacturing fountain pens and inks for their premium brand Graf von Faber-Castell in 1993. With the production of both fountain pen and ink, Graf von Faber-Castell is able to best align one’s requirements with the qualities of the other. At best the result is a smooth and harmonious writing experience where the ink flows perfectly through gravity and capillary action of the pen’s feed.
Graf von Faber-Castell has a deep-rooted tradition of highest quality in artist colours so that the production team set out to create colours that would equally be vibrant, lightfast and indelible (dt. “dokumentenecht”).
The German single word “dokumentenecht” describes a colour to be smudge-resistant, lightfast and waterproof, that it cannot be erased and has to be resistant to chemicals and solvents. In short, it ensures that a signed or written document stays permanent.

Hitherto such qualities in inks were only achieved by using pigments. The non-water soluble qualities, however, were overshadowed by the fact that the pigment’s sediments would clog the fine mechanics of the pen’s nib making the handling of the pen complicated.
Instead, by using water-soluble dyes Graf von Faber-Castell could rectify this problem. For this, they had to find dyes of the highest quality to realise their specific requirements of vibrancy, light fastness and permanence. After an extensive research, the developing team picked seven dyes of the highest quality that provide the basis of every new colour, all of which are pure dyes of first-rate quality, highly desalinated and lightfast.
The water-soluble dyes are mixed with chemicals so that the dyes are made to bind permanently with the cellulose fibres in the paper. The developing team successfully found a formula to achieve those characteristics and yet raised the standards for most of the dye-based inks to be certified “dokumentenecht”.

In June I was invited to the idyllic castle of Graf von Faber-Castell in Stein, Bavaria/Germany.
The interview took place at the neighbouring production site, a likewise pretty looking complex of buildings originating from the early 19th century. All windows are systematically painted in red, yellow and blue, based on the colour theory by Paul Klee. 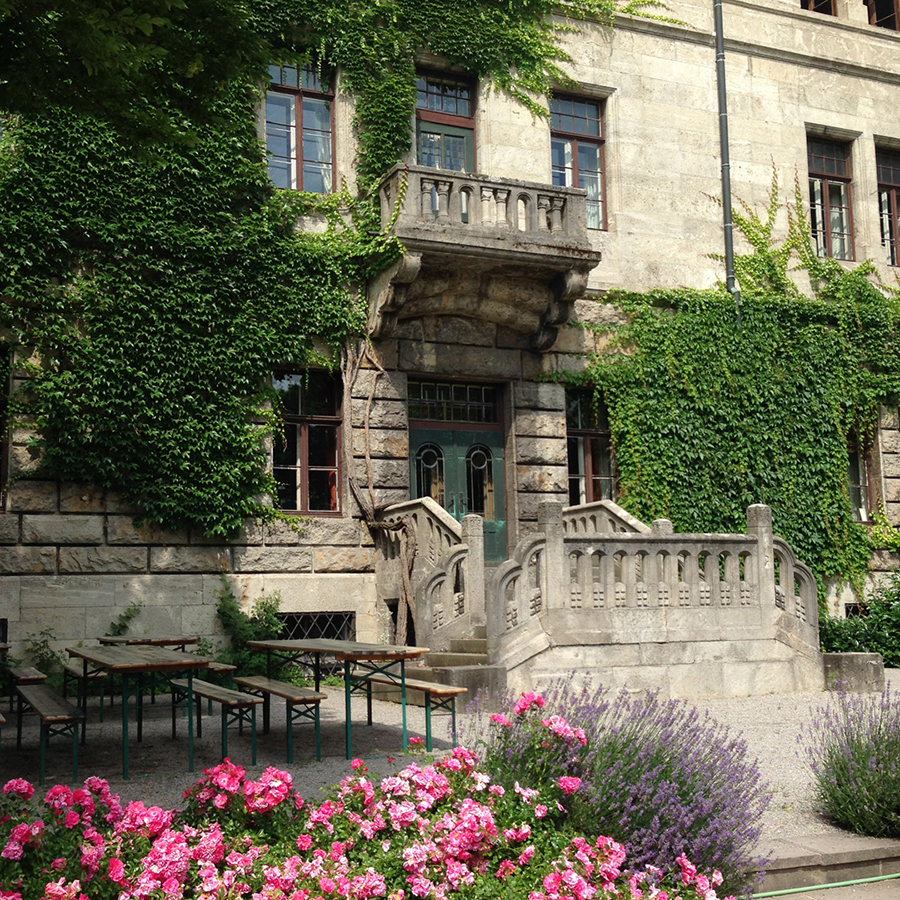 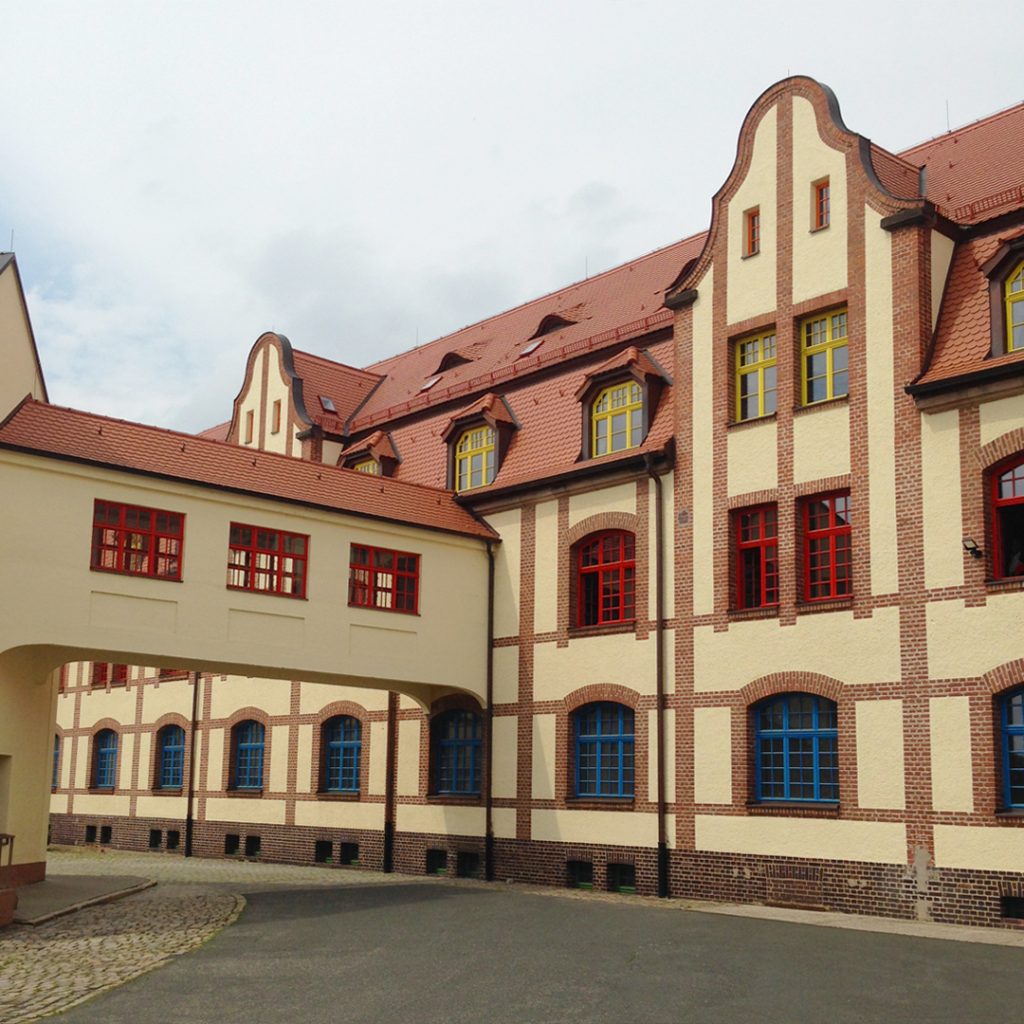 I met the developing team at their newly decorated laboratory where all new colours are formulated. Elena Hummel, the technical product- and quality manager, tells me that developing a new ink colour can take up to a year. Each time a unique formula has to be created where chemicals act as vehicles to improve qualities such as pH values, level of drying time and surface properties.

The process is meticulous work and especially the development of India Red seemed to never end. In the beginning, the hue for Indian Red was early determined. The course of finding the perfect formula includes several lab tests. They determine surface tension, solid content and pH level. Other tests – with simply a fountain pen and paper in hand – permanence and performance is established. The research team around Elena Hummel had almost finalised their formula, ready to go into larger production when the European legislation changed laws for environmental compatibility in regards to the use of preservatives. The formula for India Red became invalid. A new composition was an indispensable prerequisite for going into production.
“We could not do anything other but go back to the start”, the team remembers and the smiles on their faces tell the complete story of agony and final relief. After all, it took 27 tests to become what India Red is today: a document proofed rich red ink in highest quality.