LOEWE is pleased to announce the winner of the 2018 LOEWE Craft Prize.
Pale, Shadowed Speckled Traces, Fading Elipse, Bronze Specks, Tilted Shelf
(2017) by Jennifer Lee was chosen as the winning entry from 30 finalists by a distinguished jury composed of leading figures from the worlds of design, architecture, journalism, criticism and museum curatorship, including Ernst Gamperl, winner of the 2017 edition of the Prize.
Jonathan Anderson, LOEWE creative director, commented: ‘Jennifer Lee for me is a landmark in form’. The jury commended the work for its classicism, the means by which it rooted the entire exhibition, and its timelessness.

Present in over forty public collections around the globe, this Scottish ceramist studied at both the Edinburgh and Royal College of Art. A preference for traditional techniques elaborated by hand, Lee developed her own method of colouring by mixing metallic oxides into the clay.
This hand-coiled vessel utilises planetary bands of oxidised pigments – some coloured decades prior to creation – to capture a sense of frozen time within its delicately poised proportions. Using ancient techniques of pinching and coiling, a fleeting sense of discovery is intertwined into the surface, evident in the bands, haloes, and ellipses that circumnavigate the vessel with varying intensity. Lee wants to remind us of nature’s intractable march of change, yet by preserving this particular concoction of colour and clay in the fires of her kiln, she creates a lasting image of a moment already passed. 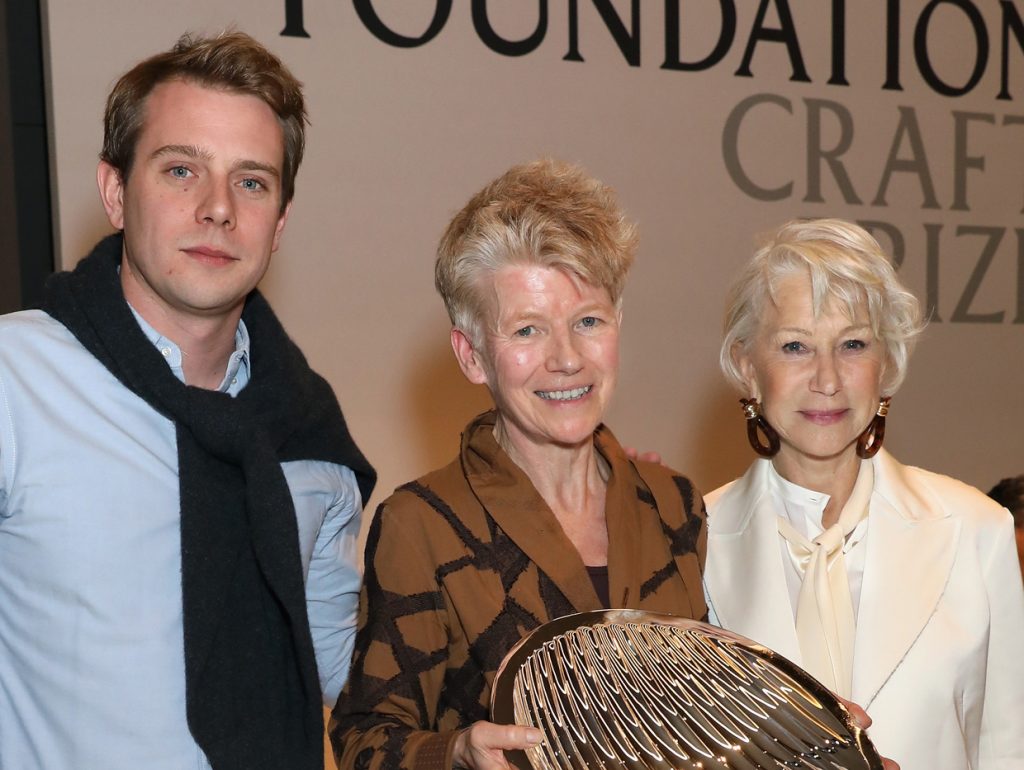 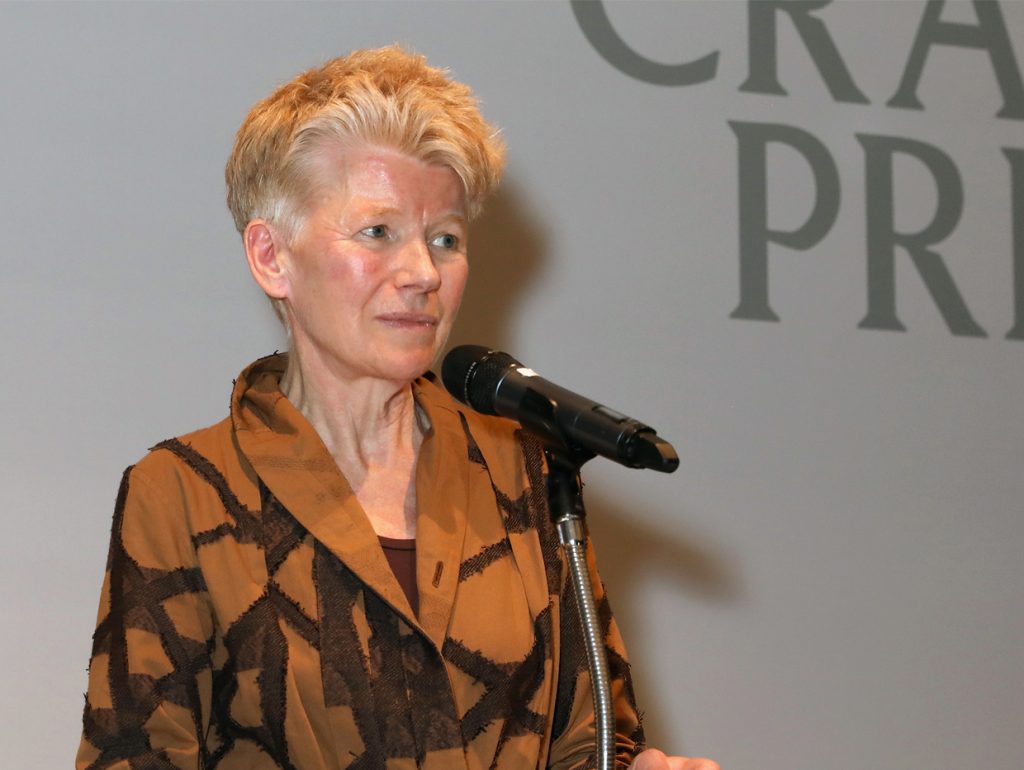 The Jury also agreed upon giving two special mentions.
One has been given to French textile artist,

The jury commented: ‘She is redefining what we think of as textiles. She has elevated humble recycled materials into something truly remarkable.’ 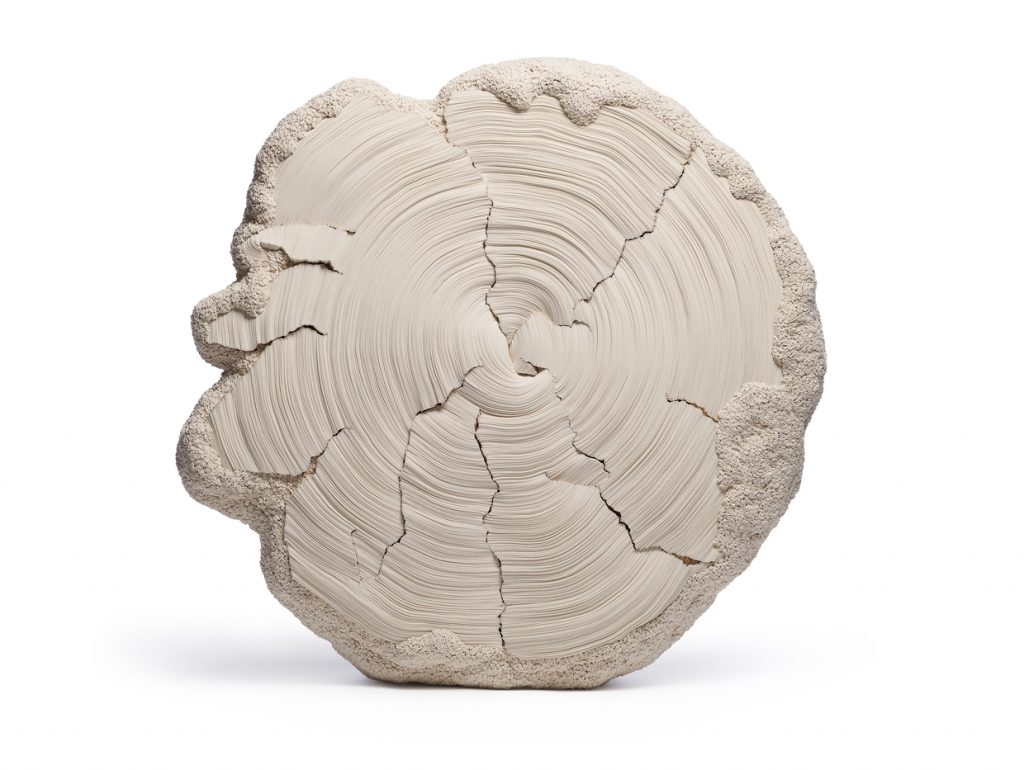 A self-taught textile sculptor, Pheulpin uses unbleached cotton to create forms inspired by the natural landscape. Her captivating use of countless folds within her patterns has seen her work exhibited across Europe and the United States, winning her accolades including the 2015 Laureate for the Fondation d’Ateliers d’Art’s Le Créateur prize.
Sourcing densely wrapped cotton strips from reclaimed Vosges car tires, this impressive sculptural piece transforms humble cloth into something akin to prehistoric geology. Using strips of non-bleached muslin, Pheulpin evenly shapes, densely stacks, and seamlessly solidifies her material into a symbol of natural strength. Emulating crevices of rock and time-worn sediment, the large, compact piece conveys ideas about the enormity of the Earth’s past, prompting us to consider the fragility of our own existence.

Another special mention was given to Japanese potter

The jury admired the energy and self-expression of his work, saying: ‘He transgresses the typical tradition of ceramics while pointing a new way forward.’ 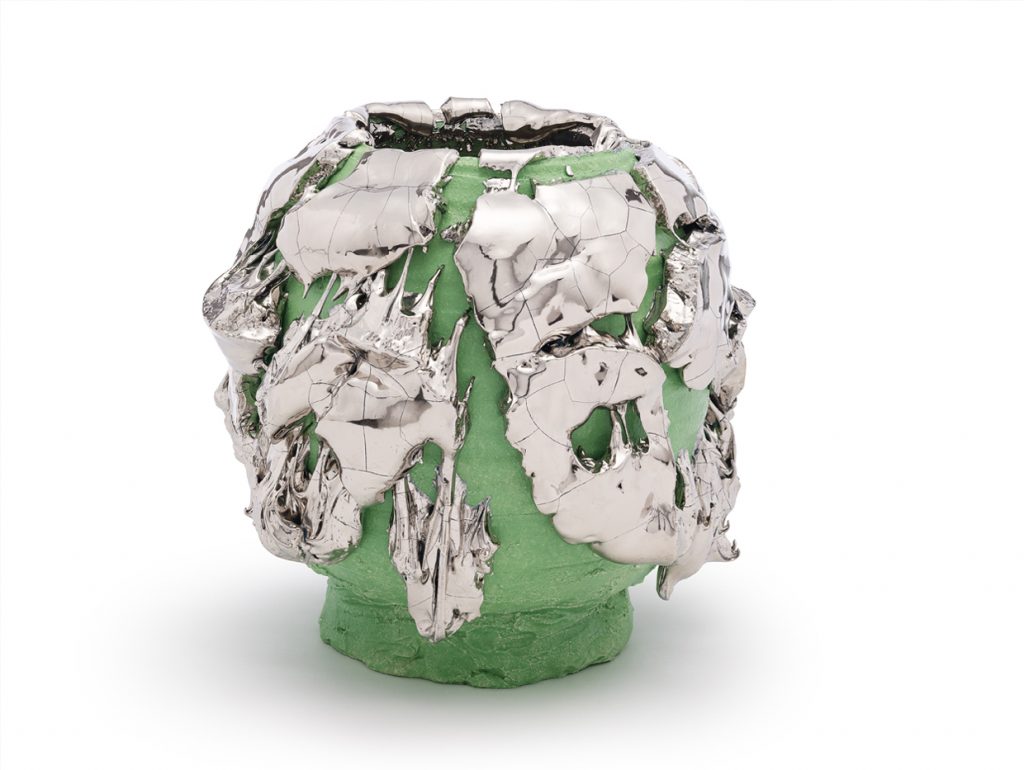 Kuwata’s reputation as a radical potter is born from his penchant for experimental procedures as he pushes the potential of materials. Known for his saturated and intense colour combinations, an underlying respect for his predecessors is evident in references to traditional forms and functionality.
An exploration of ideas conceived and developed during his handling of porcelain, platinum and steel, this container brims with the possibilities of chance. A preference for experimentation means Kuwata often adds elements such as stones or needles to the kiln or clay in order to puncture or perforate his vessels. The melted metal covering this tea bowl creates an initial impression of dysfunction, but this is merely an indication of Kuwata’s joyful approach to creation. Beneath the playful patina is an elegant vessel grounded in timeless tradition.

Words and Photography by LOEWE

We use cookies to ensure that we give you the best experience on our website. If you continue to use this site we will assume that you are happy with it.Ok